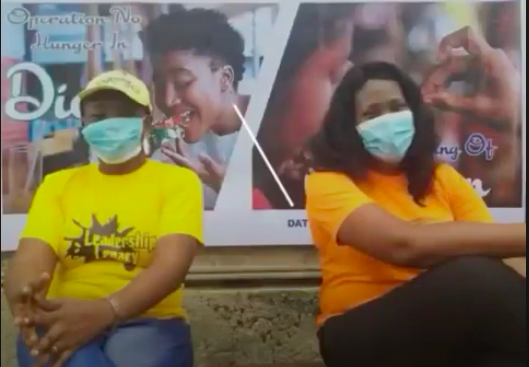 There are many things that are facts; yet these facts may lose their weight when merely pulled as excuses for inactivity and the lack of doing. This fatalistic response: it is money that breeds money, has this implication: poverty must breed poverty. What this mentality creates is a vicious circle of abject poverty, high unemployment rates, prevalence of diseases, failing healthcare systems, high cost of living, low standard of living—all very common in our parts of the world.

There are many things that are facts. The fact that access to quality education, modern healthcare, high standard of living, low unemployment rates, low cost of living, industrialisation, vibrant knowledge and service economy, formidable infrastructure (both soft and hard), economic stability etc. are the economic imperatives that make a developed country.

This particular economic imperative: industrialisation is no new phenomenon; for Britain, for instance, began to industrialise in the 1700s; USA, after the Civil War; by mid-19th century, industrialisation was deep-seated throughout Western Europe and North-Eastern America. The world has moved a step further—the Information Age. Yet, the African continent is still struggling towards industrialisation. It is yet still a goal to be achieved. For a people to tag behind so, in this globalised and highly competitive world, explains a lot—our endemic poverty, for instance.

Perhaps it is pragmatism we lack. For it seems that what we do is make a list of all these facts and make a note to disregard them all, hoping, perhaps, as our pseudo-prophets will have us believe, that God has tasked Himself with building our country and continent. The world is in a Global Knowledge Production/Information Technology Age, and that is a fact. A nation is only as good as its knowledge production ability, the rate at which it conceives new ways of solving its national problems—and the world’s, and constantly adapt to this mutable world of ideas. Which institution in a country stands a better chance at such adaptability than its highest knowledge production centres—universities?

The times, they are a-changing

Universities have undergone a range of revolutions through the centuries—from their initial function as producers of values and social recognition, to their role as institutions for the formation and diffusion of ideologies, to their third stage of importance/responsibility as hub for the creation of awareness for socio-economic, cultural, science and technology—developed countries have mastered the art of re-equipping their universities to fit into all these stages of importance—each time these shifts occur.

In this era, universities are expected to be training grounds for labour force—primarily. Yet, their roles, today, come in these three broad categories: Education and Training, Service, Engine for Development. Their importance and functions, now, myriad: they are primary tools for development; they are expected to help strengthen domestic institutions, quickly adapt to changes in innovation and ideas, create solutions to their countries’ problems, serve as a model environment for the practice of good governance, help increase their countries’ chance of playing active part in the global community of scholars; and be repositories of expertise, and research grounds of their countries. The potentials of universities are limitless; African countries have theirs in straitjackets.

Countries which realised these vast potentials of universities early in their national lives have, through the years, benefitted immensely. Germany, is one of the first countries to introduce the university/advancement of science mandate. Today, the country has its universities being, fundamentally, research universities. By 1993, the country’s universities had trained and employed twice as many Nobel Prize laureates as the US and UK combined. This was to raise consciousness, worldwide, of universities’ ability to serve as research grounds. A trend of research oriented universities quickly emerged.

American universities were to follow this example. The country, after WWII, took over dominance by combining Germany’s classic research model with what they termed the Land Grant System. The Land Grant model served as a dissection into the implication science can have on society and the utilisation thereof to impact society.  The role of American universities then became to develop and apply knowledge for improving the productivity of the country, particularly—at that time—its agricultural sector. American universities were also expected, and tailored to contribute to solving specific problems resulting from the rapid urbanisation the country was facing at the time, and engineer the development process as a whole.

The more countries experimented with it, the more it was established: universities have the rare ability to spur the development agenda. This resulted in a trend of research universities, technological institutions, and universities/industry partnerships springing up in various countries. In Japan, Korea, China, Taiwan, etc. this wind of change blew. This was a movement in the right for, after all, if a country is undoubtedly going to need its human resources in the development process, where better to find such skilled human resource capital than institutions of higher learning?

Yet Ghanaian universities are still, principally, centres for education and training. Why, you ask? Money, we will tell you. Ghanaian universities are estimated to churn out over 60,000 graduates each year. These graduates come out, into the system insufficiently equipped at birthing innovative and entrepreneurial ideas. This is because the existence of a direct link between universities, industrialisation, development, and the requirement of a nation to make prominent, this link continue to elude us.

You see, you need money to make money, and we don’t have the money—that, in a nutshell, is our excuse for not following suit in building on this propitious higher learning/industrialisation nexus whose success rate at helping develop countries can never risk an over-exaggeration. To be fair, this excuse, this exaggeration of figures—acting as a disincentive to research universities—is not peculiar to African countries. In fact, at the  turn of the 19th century, the then president of Harvard University informed John D. Rockefeller that an amount of  US$50 million (about US$5 billion in today) and 200 years would be required to create one—just one research university in USA. But by early 20thcentury, the University of Chicago had risen to world-class status with just US$50 million within a span of 20 years. It took Hong Kong University of Science and Technology (HKUST) only 10 years and less than one-tenth of the figure quoted by this former Harvard president to become one of Asia’s top ten research universities.

Research universities play a paradigm-shifting role in this 21st century global knowledge economy with their ability to serve as a link between countries, and global science and technology. They, as indicated, have that prerequisite flexibility to adapt to this ever-changing world of ideas and innovation—and a country like United States of America realises this. The country has 150 globally relevant research universities, out of its 4,800 tertiary institutions. Professors are hired based on their qualifications to conduct research and are duly rewarded for their research prowess and productivity. Due to the enormity of their tasks, research universities, in nature, worldwide, require constant flow of support, funds, and favourable working conditions. Yet, the world’s wealthiest economy, knowing very well; having tried and tested; having found true the importance of research universities has, since the onset of the Great Recession, reduced drastically its funding to these institutions. The United States of America continues to diminish its financial support to these auspicious institutions. The response of these universities has been singular.

In 1919, the Massachusetts Institute of Technology (MIT) created a division of industrial cooperation and research aimed at beseeching corporations to pay for academic research. Few years later, more than one-third of MIT faculty were in partnerships with corporate sponsors—university/industry partnerships resulting. Scientific knowledge and innovation experienced a surge. But then the stock market crash, the institution, with its departments, experienced a plunge in their budget. This made private investors wary; a complete draw-back resulted. But in 1940, prewar concerns saw Franklin Roosevelt inventing a new model, increasing state’s funding to research institutions. The researches of these institutions included, inter alia, research in malaria.

Funding for American research institutions has been volatile, is all the writer is saying—and this is the world’s largest economy! Today, the pool from which American universities draw their funds is large: state funding, tuition, philanthropy, gifts and grants from non-profit foundations and private organisations, fundraising from alumni, revenue derived from partnerships with private institutions, et al.

Germany, as at 2006, had 334 state and state-approved higher education institutions. 117 of them, universities; 159, universities of applied sciences (Fachhochschulen); and 58, colleges of art and music. Per the German Constitution (Basic Law), the higher education system in Germany is the responsibility of individual federal states (Länder). And they exercise this duty autonomously. Since these universities are deemed public institutions of the Länder, their expenditure for research and teaching is primarily funded through the Länder budgets. However, even the German system is not perfect. These states do not play superman—they still require a helping hand. Thus, German research universities, quite like their American counterparts, also derive funds from: government bodies: federal government and state government, various organisations: e.g. German Research Foundation (DFG) and German Academic Exchange Service (DAAD), non-research institutions, private industry, other public and private bodies, the European Union, and charitable organisations.

Science, from time since, has been ambitious, to its own dismay, but hindered by a constant lack of means of realisation—funding. That should never be a deterrent to a country to partake in the yielding of its fruits. The application of science as engine for development, and the utilisation of universities to spur the development agenda, should be seen as basic needs of developing nations, a crucial means to attaining development, not a privilege of development. African countries, failing to realise this, continue to be found at the bottom of all indicator-based ranking and league table in science, technology, and higher education. The continent, on average, generates less than 1% of the world’s research. Its contribution to research was found to be at 2.2% in 2002 and decreased to 2.1% in 2008. In 2008, it was reported that Africa’s contribution to the world’s research publication output stood at 2.5%. These numbers are, without doubt, abysmal.

Research institutions play a vital role in development, thus developed countries are right in rummaging through all sources to fund them. Developing countries ought to follow suit. Yet governments of African countries cannot be expected to alone shoulder this burden; this makes public/private partnerships a necessary tool for development.

The realisation of the enormous benefits of research universities, and the placing of all efforts in creating them, in turn, creates a virtuous circle of public/private partnerships helping spur technology and innovations, resulting in increased productivity, decreased cost of living, increased standard of living, sustainable industrialisation, economic and socio-economic development etc.

But this need for African countries to eliminate their long-standing dependency on the export of raw materials, promote sustainable industrialisation, create jobs, provide great healthcare systems, has always been dire. Why even more so keen now?

Blarney Stone, Inc. is an incorporated private partnership founded on a promise to, amongst others, design programmes aimed at re-socialising the Ghanaian and African by utilising this 21st century leading tool—the television, to instil a sense of patriotism and inclusiveness in the citizenry. 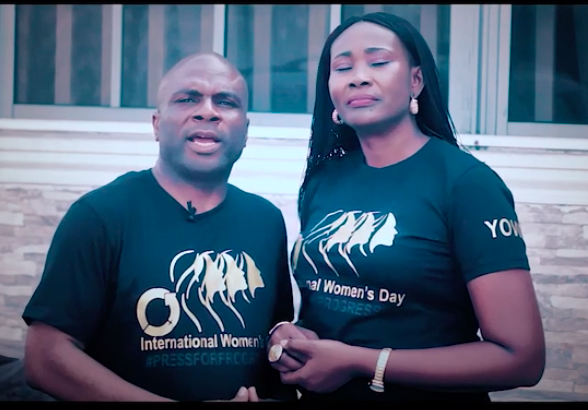 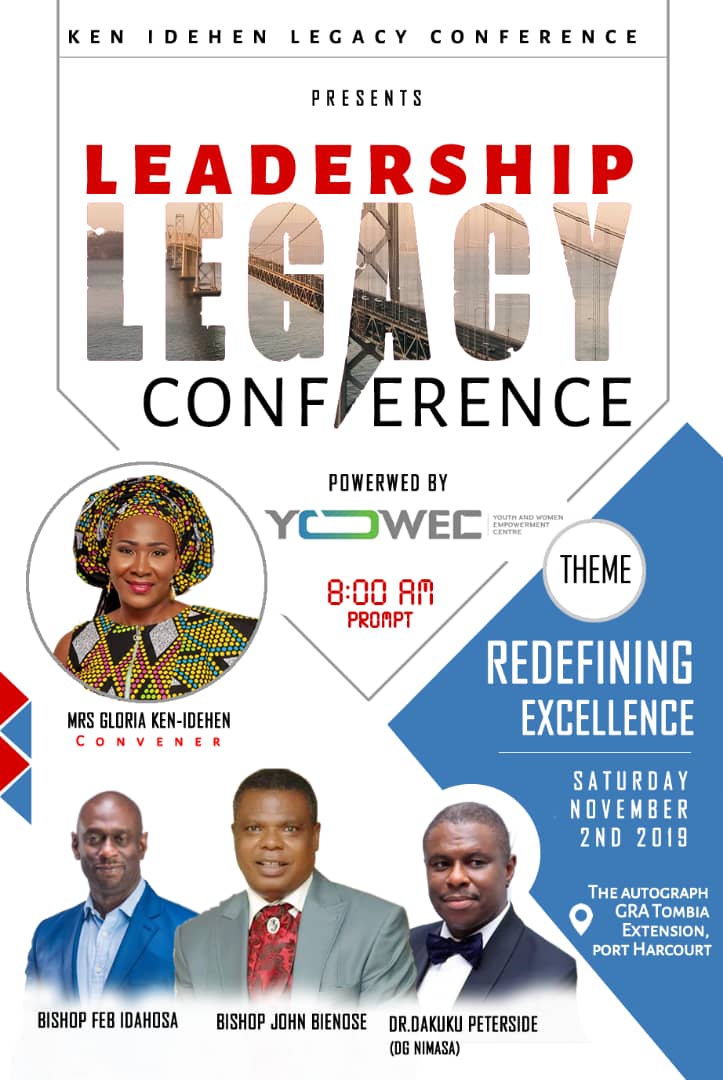 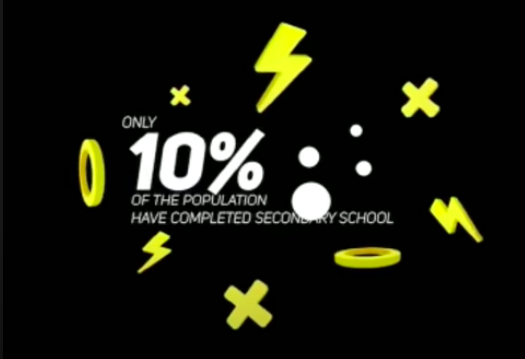